Highlighting an interest part of this article on Mongabay: Armed with data and smartphones, Amazon communities boost fight against deforestation

However, these alerts rarely filter down to remote rainforest groups lacking reliable internet access, resulting in communities often detecting illegal deforestation activities only when they are well underway and difficult to halt.

“The whole point is to put the deforestation information into the hands of those most affected by its consequences and who can take action to stop it,” Tom Bewick, who is the Peru country director for RFUS and who was involved in the study, said in a statement.

During the two-year study, researchers hired couriers to traverse the Amazon River and its tributaries every month to deliver USB drives containing Geobosques reports of suspected deforestation to remote communities.

Trained representatives, or monitors, would then upload this information into a specialized smartphone application, which they used to navigate to the locations of forest disturbances during their monthly patrols. Where they identified cases of unauthorized deforestation, monitors would take photos as evidence and flag them to the community, which could then decide to report it to local authorities. 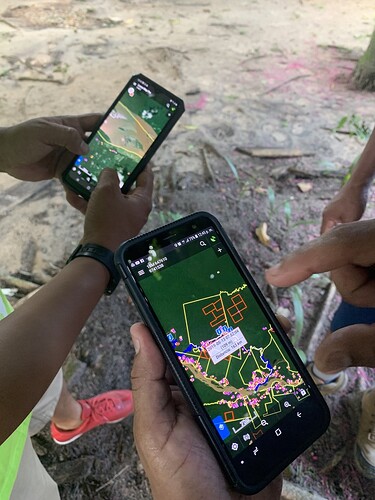